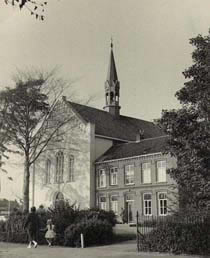 Public resistance to condoms and other forms of contraception causes repeated and often fierce debate. As with any debate, it can be useful to look at how a previous generation coped with the issues.
Shortly after the world's first condom shop opened in 1987, one of the founders, Mr. Theodoor van Boven, discovered something remarkable. The year (1955) in which he was born and in the very same house (the vicarage), his own father (the minister) together with the local doctor were already breaking the taboo on condoms by giving family planning courses.
The Condomerie asked this experienced minister to write about the discussions, that took place both inside and outside the Dutch Presbyterian Church, on contraception and condom use.

CHURCH AND CONDOMS
recent Church history and the condom

a personal story by
The Rev. Jan A. van Boven

Memories of childhood
I grew up in 'Red' Zaandam. Neo-Malthusian ideas there were of great influence in the desire to limit the number of children. Working class families with lots of children automatically spelled poverty. In our house, the use of contraception went without saying, at least if you were planning a family as a married couple. In 1937, when the wife of our Roman Catholic handyman died after her umpteenth miscarriage (or was it an abortion?) my father said: "It is a scandal!" and my mother said: "A woman is not an animal!".
I was then about 15, but I realised my parents were highly critical of the Catholic Church, which banned contraception. Personally, I kept well clear of the issues. I wanted to remain a bachelor and was not thinking about marriage, let alone having a family. Of course, that changed when, as a theology student, I met my wife.

Developing an opinion
I don't remember much about how my thinking on sexuality and contraception was formed from a theological perspective. But conversations with my old friend and colleague Jaap Schaap, and books I had studied played an important role. Because I always used to write the date inside a new book when I bought it, I know that I bought The Mastery of Sex (Through Psychology and Religion) by Leslie Weatherhead on February 9, 1942. The author used powerful arguments to 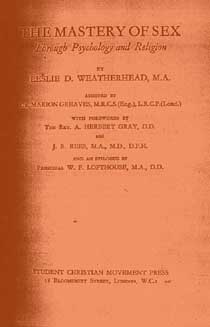 defend the use of contraception for the sake of marriage and to protect women. "It is condemned by some on the ground that it is 'unnatural'. So is the use of spectacles" Weatherhead wrote as far back as in 1931 when the book was first published. My copy is an eighth edition from 1938. No book has been lent out more!
On July 15, 1942, during the Nazi occupation of Holland, after the clandestine (the Germans made studying very difficult) receipt of my bachelors degree my parents, knowing of my great love of the Anglican church, rewarded me with a transcript of the 1930 Lambeth Conference - a meeting of Anglican bishops from all over the world.
Here too, the use of contraception had been exhaustively debated as one of the ways of combating poverty: "If it would clearly be wrong, and if there is good moral reason why the way of abstinence should not be followed, we cannot condemn the use of scientific methods to prevent conception, which are thoughtfully and conscientiously adopted." It was worded extremely carefully, but nevertheless... Weatherhead's book, published a year later, was a practical elaboration of the bishops' thoughts.

My first practical experience
Our understanding of the legitimate use of contraception became deeper. My college friend Jaap Schaap and I believed that a sexual relationship was reserved for married couples and couples who planned to get married. That was my position when I began to work as a minister. People felt the same on the island of Texel, where my wife and I moved into the vicarage of Den Hoorn. In fact, contraception and responsible family planning were rarely an issue in my first parish. But it was difficult to get hold of contraceptives on Texel. We were helped discreetly by our doctor after our first child arrived 10 months after we were married. He gave us an address, and from then on the condoms arrived by post.

My first experience of giving advice on the use of contraceptives came when I was an army pastor in Indonesia between 1949 and 1950. In particular, it was Roman Catholic soldiers who wanted my advice. The army carried out tough checks on sexually transmitted diseases but there was no question of handing out condoms.

The first family planning course
In the second place where I worked as a minister (1952-1958) Nieuw Vennep, a village close to Schiphol Airport, there was a new development. On July 1, 1952 the General Synod of the Dutch Presbyterian Church adopted the 'Report on Marriage', with just one vote against. In it, written in clear language, contraception was not only discussed, but also actually recommended for the sake of marriage.

This position on birth control led to an even greater division between the Presbyterian and the Roman Catholic churches. In my parish I came across people who had been put in a difficult position. Our doctor Wout van de Weg said after reading the report: "Be a good chap, start a shop. There is such strong demand." He himself was 'threatened' by the curate , who said he would see to it that he lost his (many) Cat 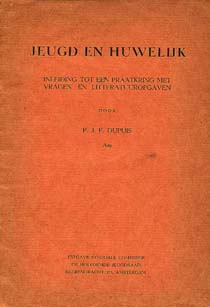 holic patients if he pointed them towards such things.

I did not start a shop, but I did ask the Rotterdam doctor P.J.F. Dupuis, who had written extensively about family planning, to speak at a Youth Fellowship meeting in our area. From that grew a 'Course for the engaged and newlywed' which I ran together with Dr. Wout van de Weg. We took turns in speaking on the various subjects, he sometimes spoke about the church position and I spoke about birth control. After that course, we were often asked to speak at other meetings, such as young farmers gatherings. The church council raised no objections and my Roman Catholic colleague stayed sympathetically silent.

Organised family planning courses and help from the church
In October 1958, we moved to Bouwlust, a new residential development in The Hague. Around 1960 I became a member, and then chairman, of the Presbyterian Council for Church and Family. There was much in the council that kept me busy, not least the PSVG ( the Protestant Foundation for Responsible Family Planning), set up by the Presbyterian, the Christian Reformed, Lutheran, Mennonite and Remonstrant churches in The Netherlands and the Protestant Christian Doctors Organisation. I will go into some of the events which took place at that time because they make it clear what the issues of the day were.

I was involved in setting up regional branches of the PSVG,where doctors gave medical advice and people could get contraceptives. In many cases, it was a local GP (family doctor). Surgery-hours (visiting hours) were always in the evening,

and this meant people who did not want to go to their own doctor could also get help. After all, most GPs had not learned anything about preventing pregnancy while they were at university.

At first, it was difficult to decide if the surgeries should also dispense the birth control pill. The PSVG branch in The Hague, for example, opposed the idea, saying it would be too easy for single people to get contraception. But during one lively meeting, a certain Dr. Jan Stam (family and PSVG doctor) and I managed to avoid a ban on the pill. In 1964, the Council for Church and Family had a series of meetings with the organisers of the more radical non-religious family planning organisation NVSH ( Dutch Association for Sexual Reform). In particular we talked about why we supported the setting up of PSVG surgery-hours (visiting hours) when the NVSH already existed. We convinced the NVSH that our surgery-hours had a practical reason for being - they attracted many who did not find their way to the NVSH, in particular Protestants and Catholics. 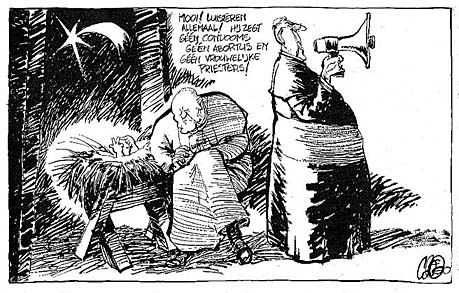 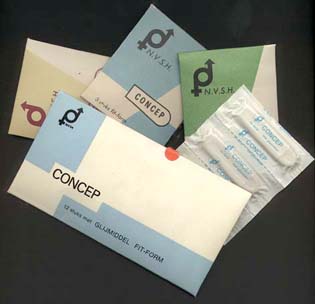 Other delicate issues
Other somewhat sensitive issues were the location of condom dispensers, age limits on the sale of condoms and sex before marriage. In the Synod, it was noted that the last few annual reports from the Council for Church and Family did not mention sex before marriage a sin. The council, in fact, really only found unprotected sex a sin; as it would be a sin against a child, if it were to be born unwanted.

In 1966 the Council for Church and Family developed new 'guidelines for marriage', a short summary of the church position on marriage, which served as an introduction to the vows which the bride and groom make at their wedding. In that, the council said that the first and foremost reason for marriage is the love between a man and a woman - not procreation. This point of view had never before been stated so plainly in black and white. The guidelines and this position were so sensational that they drew the attention of the mainstream media, such as the VPRO tv station, as well as the religious press. With a few minor amendments, these guidelines are still in use today.
After 1966 I worked on three reports on willful abortion (Abortus Provocatus). It was a problem then, and it still is, because people continue to have unprotected sex within and outside marriage.

There are more things I could list. These include the leaflet 'Before and After the Wedding Day', which the council secretary wrote in 1965 after talks with us, which included a section entitled 'Contraceptives, the Great Good'. But when it comes to the recent church history and the condom, I will leave it here. 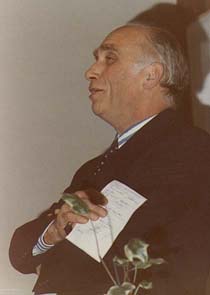 Condoms are no longer a bone of contention for protestants
This is a summary of my contribution to the assimilation of contraceptives into society since the sexual revolution of 1930 - the Lambeth Conference. After 1980, the Council for Church and Family was disbanded. A Synod advisory body for human relationships was formed. The PSVG was no longer necessary and was disbanded as well. Doctors have taken over the job from the regional branches.

In the years that I was a member of the Synod (1980-85) I cannot remember any debate focusing on the availability and use of contraceptives. The Synod had other causes of concern, such as nuclear power and nuclear weapons, the Third World and secularisation.
Aids had not yet reared its ugly head.

CHURCH AND CONDOMS
recent Church history and the condom
a personal story by
The Rev. Jan A. van Boven

Special thanks to Mr. Han Ketting, secretary of the PSVG

First published in The Netherlands on the website of the Condomerie: www.condomerie.com - December 1, 1999
Published by The Condomerie
Copyright by The Rev. Jan A. van Boven / Condomerie Het Gulden Vlies, August 20,1999
All rights reserved.