We use cookies to make your experience better. To comply with the new e-Privacy directive, we need to ask for your consent to set the cookies. Learn more.

Discovery of the rubber tree 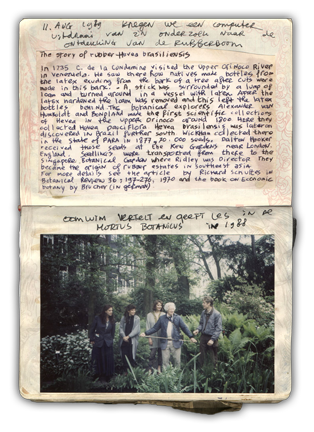 In 1988, the Dutch professor Dr. Willem Meijer carried out some research into the discovery of the rubber tree "Hevea brasiliensis" on behalf of the Condomerie®. Willem Meijer is a biologist specialising in South East Asian flora and works at the University of Lexington in Kentucky, U.S.A. and the University of Amsterdam, The Netherlands. His findings were as follows:

In 1735 the Frenchman Charles de la Condamine visited the Upper Orinoco River in Venezuela. In the state of Amazonas, near the town of Esmeralda, he saw how the native Indians made rubber bottles from latex which oozed from the bark of a tree after it had been cut. The Indians made a clay mould around a stick and dipped it into a container of fresh latex. Once the latex had hardened, the clay was removed, leaving a rubber bottle.  Around 1800 the German botanists and explorers Alexander von Humboldt and Mr. Bonpland made the first scientific collection of Hevea in the Upper Orinoco. Here they collected the Hevea pauciflora. Hevea brasiliensis was later discovered further south in the Brazilian state of Pará.

For a number of years, the commercial possibilities of several  rubber-producing plants were under investigation. Some had been grown at the Kew Gardens near London and sent to India and Ceylon for further trials. Opinion had gradually crystallised into the view that Hevea brasiliensis, source of Pará rubber, was the best because this species not only produced the precious sap freely, but the wounds caused by tapping healed without difficulty. Samples of the species were sent to India around 1870, but it had not yet become established there. The seed lost its viability very quickly and it became apparent that it had to be transported as quickly as possible to prevent deca   .

What occurred in the summer of 1876 was probably the most important single event in the Kew Gardens' efforts to foster the economic life of the British Empire. The India Office commissioned a certain Henry A. Wickham, resident of the Amazon, to obtain as many seeds as he could and bring them post-haste to Kew Gardens. On June 14, 1876 a hansom cab rolled up outside the door of the Director Sir Joseph Dalton Hooker, at 55 Kew Green. Wickham got out, knocked at the door and was welcomed in with his package. To the Director's delight, it turned out to be 70,000 seeds of Hevea brasiliensis, gathered on the banks of the River Tapajós, a side-river of the Amazon between Manaus and Belem in the state of Pará, Brazil. Under their joint super-vision, the seeds were sown in one of Kew's greenhouses. For the next few days they watched with bated breath. Then, on the fourth day, much to their satisfaction, seedlings began to appear.

About 1,900 plants were raised in all. On August 12, 1876 these seedlings, specially packed in 38 Wardian cases to accommodate their rapid growth, were sent to Ceylon and the Singapore Botanical Gardens where Henry Nicolas Ridley was Director.  That consignment of plants went on to give rise to the great  rubber industry of the Far East and the rubber plantations of South East Asia. For further details see Richard Schultes, Botanical Review 36:197-276,1970 and the book on Economic Botany by Mr. Brucher (in German). 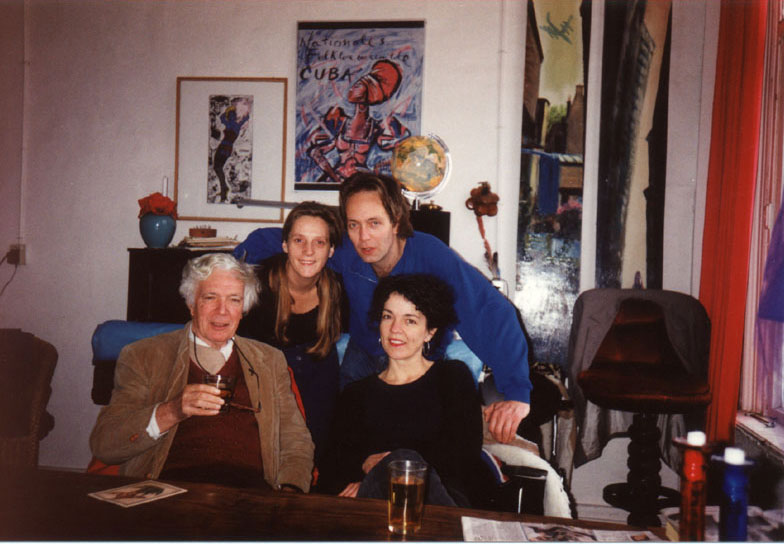 The Hortus Botanicus on the Plantage Middenlaan in Amsterdam, has had its own Hevea brasiliensis since 1988, supported and paid for by the Condomerie.  The rubber tree, 40 centimetres high when it was brought back from India by Hortus director Willem Beekman, was 2.5 metres tall in 2000 and could be seen in the gardens' splendid new tropical greenhouse. Regrettably the tree died. The Condomerie is working on planting a new tree in the Hortus Botanicus.