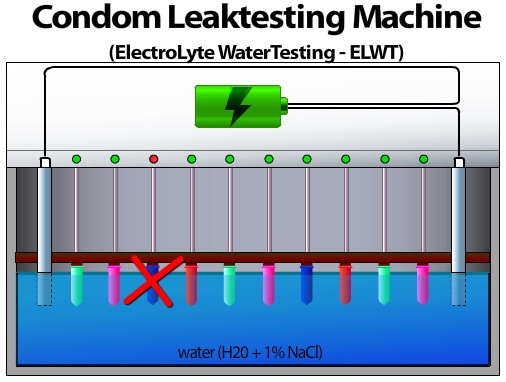 Condoms are filled with a salt solution and then electrically tested to check if there are any holes in the rubber.

How are condoms tested?

Jaap Havinga, engineer and rubber specialist at bij TNO: "Obviously, a condom should stay intact during use. Hence, the burst test is an important step in condom testing." The condom is placed on a base and inflated. It is rather like blowing up a balloon, only the air is introduced more quickly and more evenly. Depending on its size, a condom should hold 16 to 22 litres. "But most condoms will take up to 30 litres of air. It's only the ultrathin ones which have a capacity only slightly higher than the standard requires. Condoms should be able to withstand a pressure of 0.1 bar without failing. For comparison: the pressure in a car tyre is usually above two bar."

The same test is applied to condoms which have been subjected to accelerated ageing by placing them in an oven for a week. This is important because condoms are sometimes exposed to extreme conditions, especially during transport. The packaging is also tested to ensure that it provides adequate shelf life. Condoms should have a shelf life of at least five years.

There is also the "freedom from holes" test. This demonstrates that a condom does not leak. Havinga explained: "The condoms are filled with a salt solution and suspended in a bath filled with the same solution. Electrodes are placed inside and outside the condom, and a voltage is applied across them. If a current flows between the electrodes then the condom may be leaking. This is because the salt solution conducts electricity. If a current is detected, then a second straightforward leak test is used. The condom is then filled with 300 ml water. If the filled condom stays dry on the outside then it is rolled across blotting paper, with some force. If the paper stays dry then the condom meets the requirements. Otherwise it doesn't." Source: Quest 12/2005 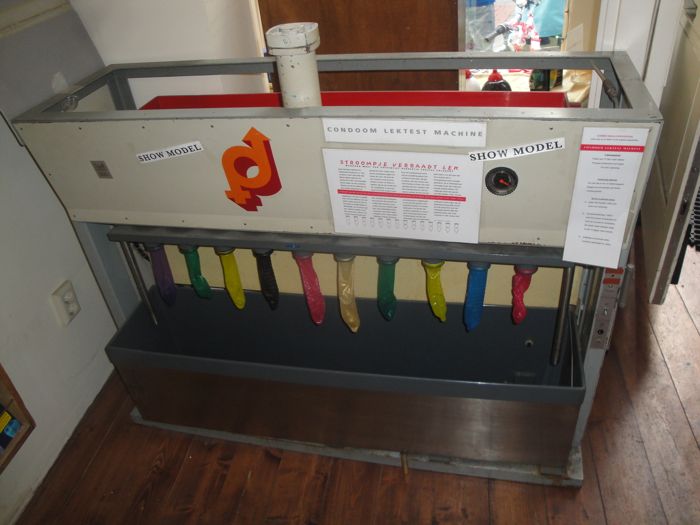 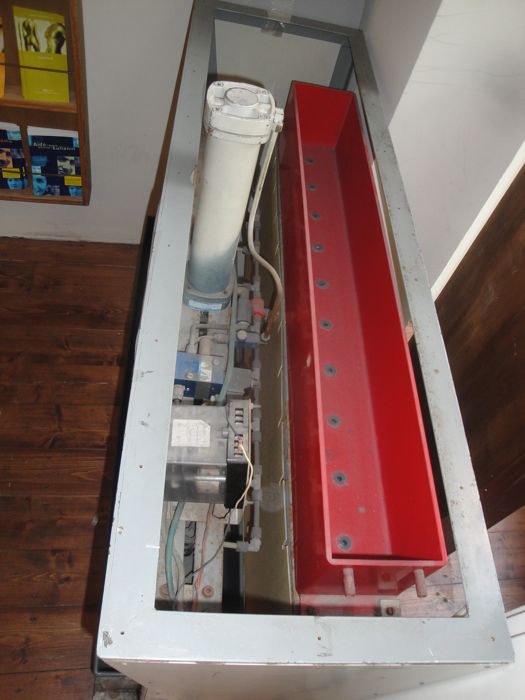 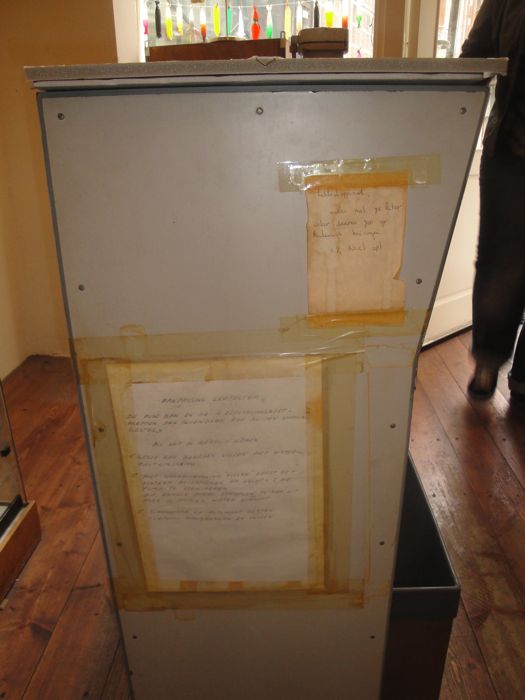 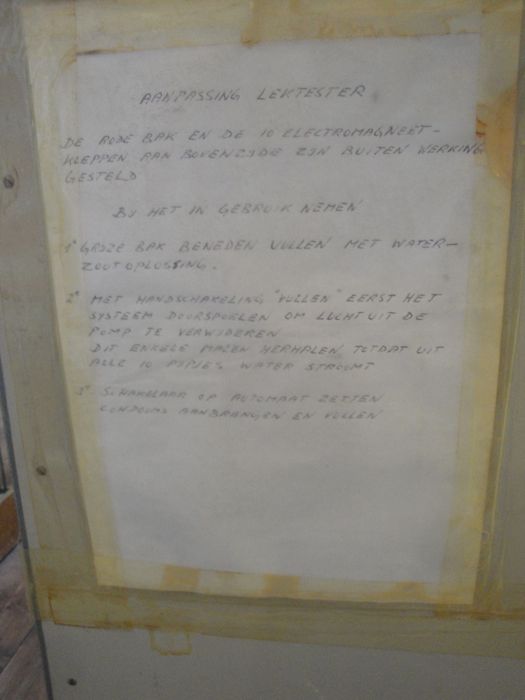 Text on image above (text on the side of the unit)
Leak tester modifications
The red tank and the 10 solenoid-operated valves at the top are no longer used. 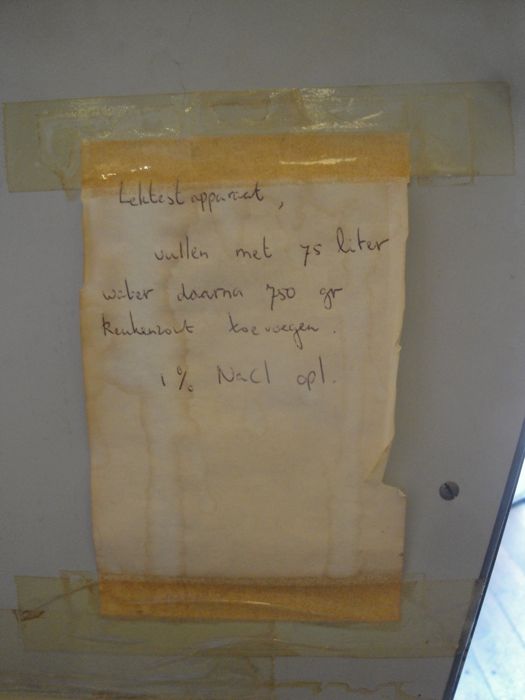 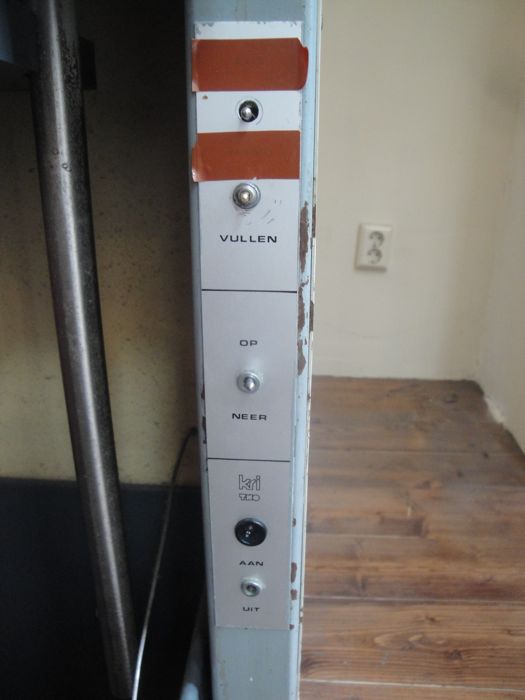 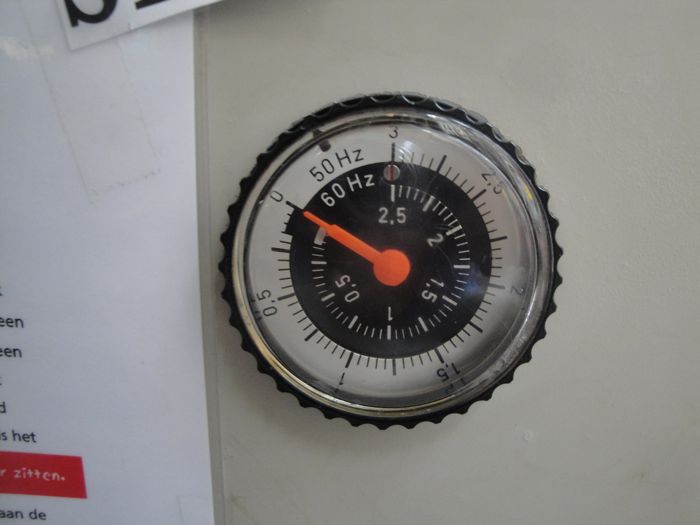 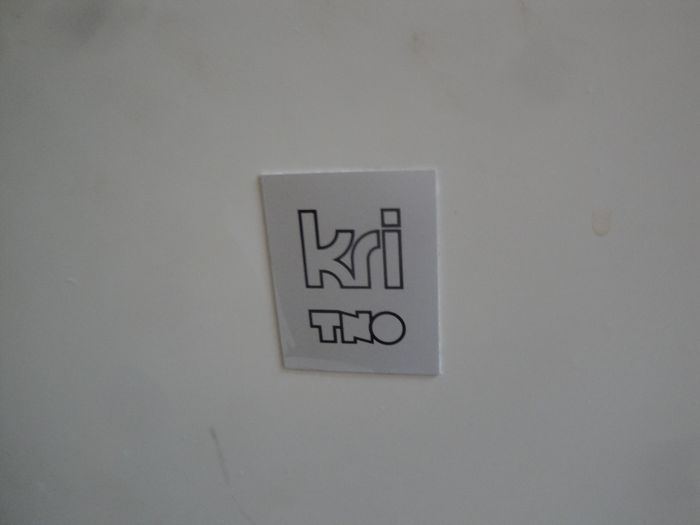 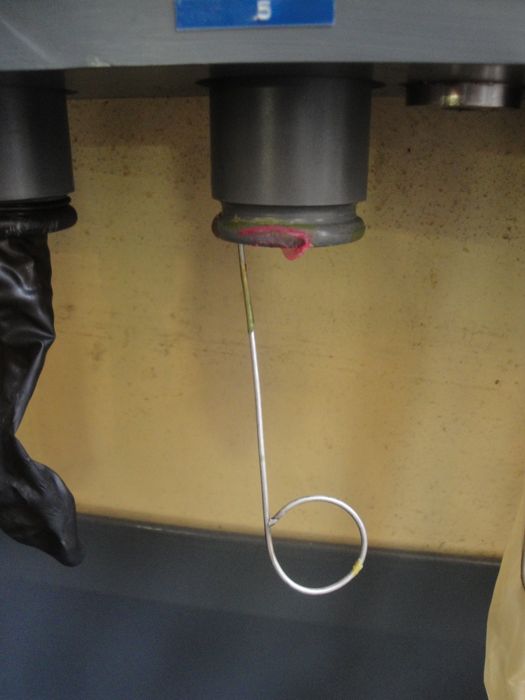 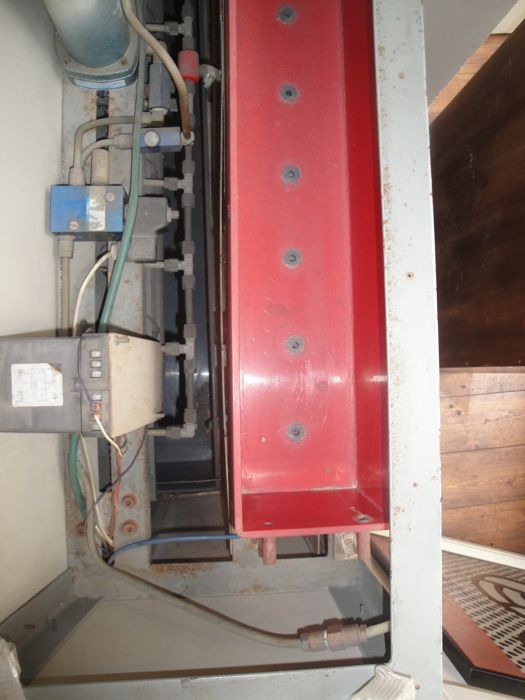 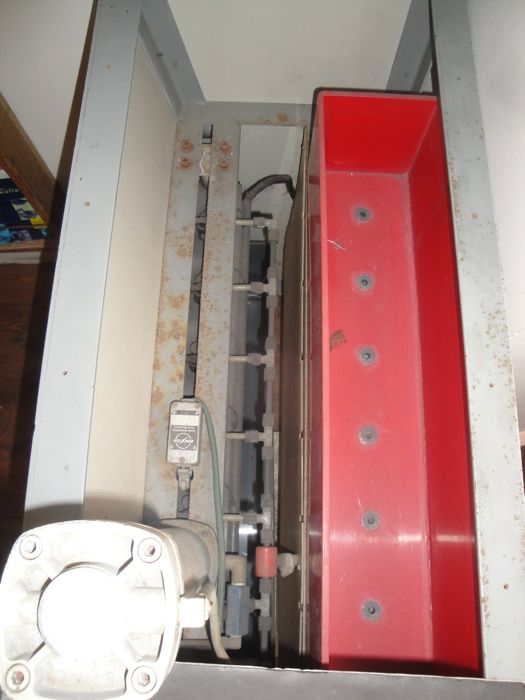 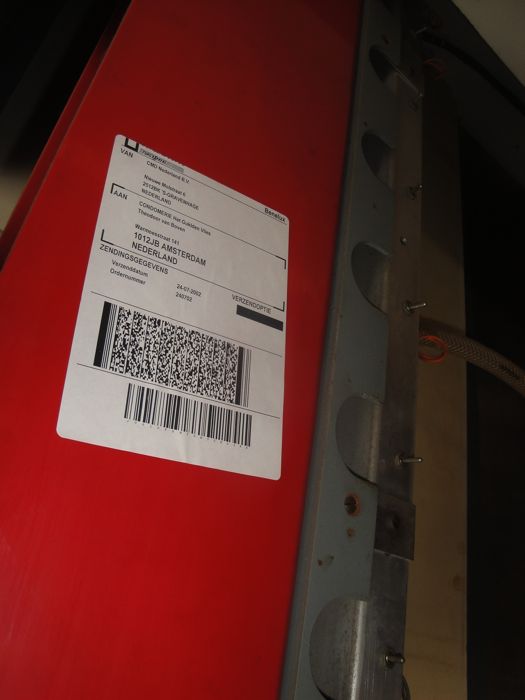 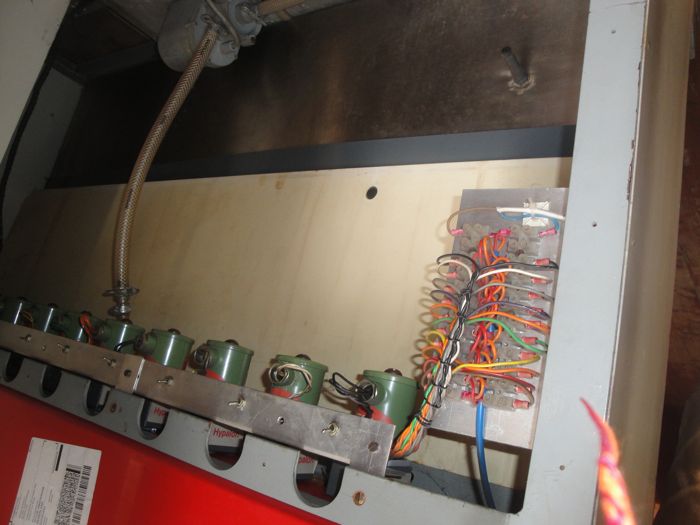 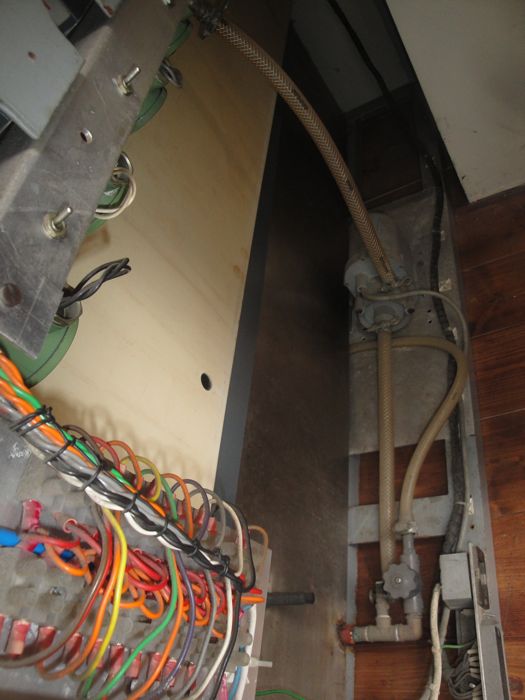