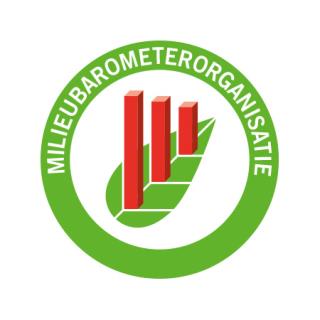 Since 2011 Condomerie is 100% Carbon Neutral. We embrace the principles of a circular economy.


The Condom - its ups and downs 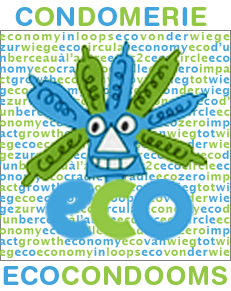 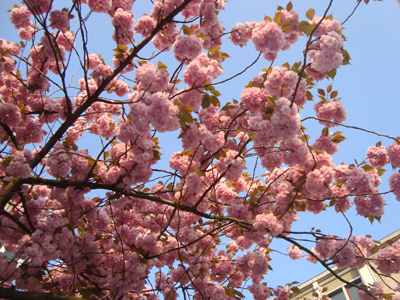 Japanese Cherry trees [  Prunus Serrulata Kanzan-Hokusai ] near the Antoniusschool in Amsterdam, The Netherlands.

The concepts of Ecological Production, Circular Economy, Sustainable Manufacturing, Green Production - or whatever nowadays this type of environmental friendly production method is called - are slowly being adopted in the industry. Fair Deal Trading latex condoms, CO2 neutral latex condoms, Vegan condoms, all these three new condom types are available today in the Condomerie, but they are not ecologically produced in the Circular Economy way.
There still is a long way to go until we have a real EcoCondom. Condomerie wants to initiate and promote research and development of EcoCondoms. Circular Economy is gradually being adopted within the condom industry and should provide the basis for international condom standards within a decade. The Ecoproduction of latex gloves (based on the same dipping process as latex condoms) should also be included in this research.

In 1993, Condomerie was approached by a group of Environmental Studies students [Amsterdam University]. At that time, the IVAM interfaculty working party was developing a lifecycle assessment of natural rubber condoms. The report " The Condom, its ups and downs' is in english available on “ The condom: its ups-and-downs. Oktober 1993”. From 1994 to 2005 this report was literally left on the shelf at Condomerie Headquarters. Even so, during that long 'sleeping' period we considered the environmental aspects of the production, sales and use. We even studied the controversial re-use  and multiple-use of condoms and female condoms.

In 2005, when our building was refurbished, we came across that 1993-report and Condomerie decided to actively make its operations and condoms greener and more sustainable. The 350 years old monumental building was renovated in an energy saving way. In a year when we were busy with the refurbishment and relocations, around six Condomerie staff spent dozens of hours digitising the 1993-report. They managed to digitise the complex process tree (Appendix A) and the list of chemicals (Appendix B). Condomerie commissioned a professional English translation from translator Mandy Savage so we could share this report with the world.

In 2006, VPRO (a Dutch TV-broadcaster) aired the inspiring documentary  Waste = Food .  <http://tegenlicht.vpro.nl/afleveringen/2006-2007/afval-is-voedsel-deel-1.html> and  <http://tegenlicht.vpro.nl/afleveringen/2007-2008/het-nieuwe-ondernemen/afval-is-voedsel-deel-2.html>.  For many viewers, including the owners of Condomerie, this fascinating programme was a real eye opener. The cradle to cradle concept  of Braungart & McDonnough suddenly became well established in the Netherlands. The day after the broadcast, the Condomerie management bought several copies of the book "Cradle to Cradle, Remaking the Way We Make Things". [McDonough & Braungart 2002, ISBN-13: 978-0-86547-587-8 – NorthPointPress www.fsgbooks.com], visited McDonough’s web site http://www.mcdonough.com and studied more to understand this new eco production concept. In 2007 Braungart & McDonnough's firm MBDC trademarked their concept-name in order to better inform consumers about certified products, with an eco production based on their cradle-concept.

The term cradle to cradle itself dates back to 1970 and was coined by the visionary Swiss architect Walter R. Stahel <http://product-life.org/en/cradle-to-cradle>.  In 1970 Walter R. Stahel [ working with social economist Genevieve Reday] studied the terms economy in loops,  circular economy,  von der Wiege zur nächsten Wiege,  d’un berceau à l’autre and cradle to cradle. His Product-Life Institute in Geneva has an interesting web site at <http://product-life.org/en/cradle-to-cradle>. This made Stahel the modern founder of the cradle to cradle movement. Wageningen University Professor Louise Vet prefers in 2008 the term' Circular Economy' and end of 2011 John Elkington, co-founder in 1987 of SustainAbility, introduced another good term:  'Zero Impact Growth Economy'. The  Japanes Cherry tree is a good sample of this latest term. It blossoms in a great way but does not harm the environment at all: Zero Impact Growth.

In 2008, Condomerie owner Theodoor van Boven attended the ISO TC157 congress on condoms and female condoms in Montreux, Switzerland, as head of the Dutch delegation. There he concluded a handshake agreement with several large condom manufacturers to reduce packaging. This would benefit the environment by using fewer materials in production and also save costs in terms of materials, transport and storage. If this agreement was implemented, 40% of the annual condoms production volume will be moving towards EcoProducion in a Circular Economy. However, there will still be a long way to go and the agreement is entirely voluntary. A fundamental change can only be brought about if a separate Working Group is set up within ISOTC-157 to focus on Eco/Circular Economy production, and the Condomerie/NL proposal concerning EcoProducion of condoms in a Circular Economy will have to be supported by five other countries. In may 2012 it was clear that 8 countries supported the Netherlands Eco-Proposal and the new  ISO TC 157 Working Group on " EcoProducion in a Circular Economy"  will start in october 2012. First goal reached!

Hopefully, within five year there will be worldwide interest in the EcoProduction of condoms (and gloves) and within fifteen years the truly sustainable production and distribution of the best, simplest, most effective and cheapest prophylactic - condoms made from natural latex - based on Circular Economy may be a reality.
First version of this article: october 2006. Second version: september 2011. Latest version: 22 may2012
© 2015 - Condomerie | All rights reserved | Webdesign & Realisation: JS - IT Solutions